Note that this post is a part of the series. You can view all posts in this series here: Azure for AWS professionals - Index

Microsoft Azure and Amazon's AWS cloud platforms provide networking as part of the Infrastructure as a Service (IaaS). Both provide similar services with some differences in the implementation of these services. Microsoft has named it's service as "Virtual Networks", whereas Amazon calls its service as "Virtual Private Cloud" or most commonly called as "VPC".

Both Microsoft Azure Virtual Networks and AWS VPC have "Subnets" inside a network. The VMs in Azure or EC2 instances in AWS has network interfaces that connects to the subnets within the Virtual Networks (or VPCs) and receive an IP address from that subnet. The traffic route inside these networks is governed by "Route Tables".

To view the VPCs, navigate to All Services and then click on VPC under the Networking category. 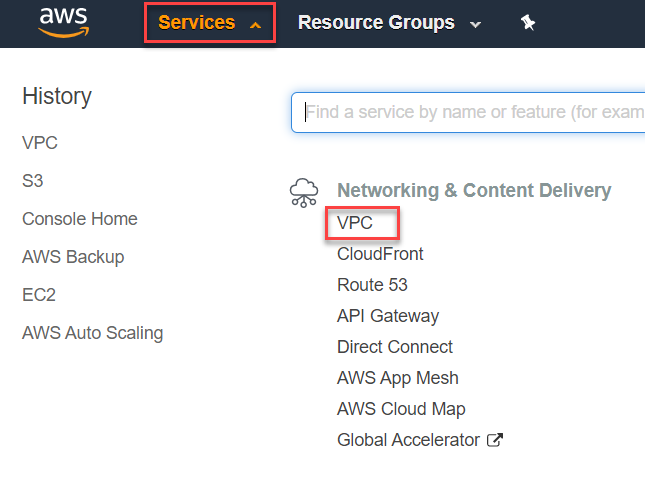 We will be looking at how to work with these services in detail in the next few posts.