Generating Automation for an existing set of resources

Note: Even though the option says "Automation script" it still generates an ARM Template for the automation. 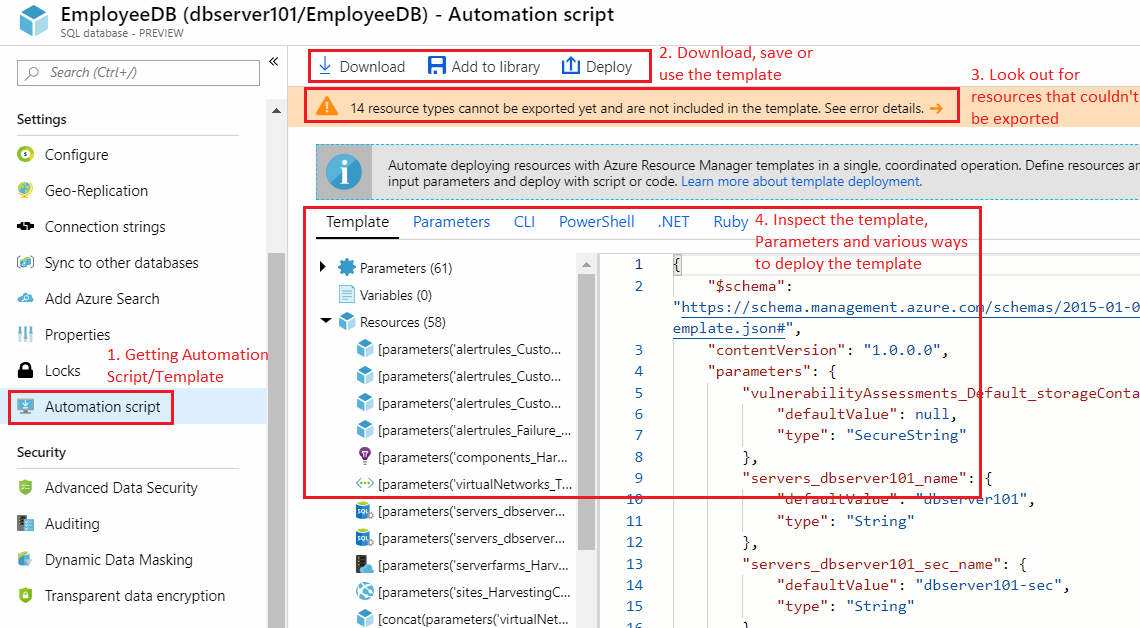 Once the template is ready you can do the following: